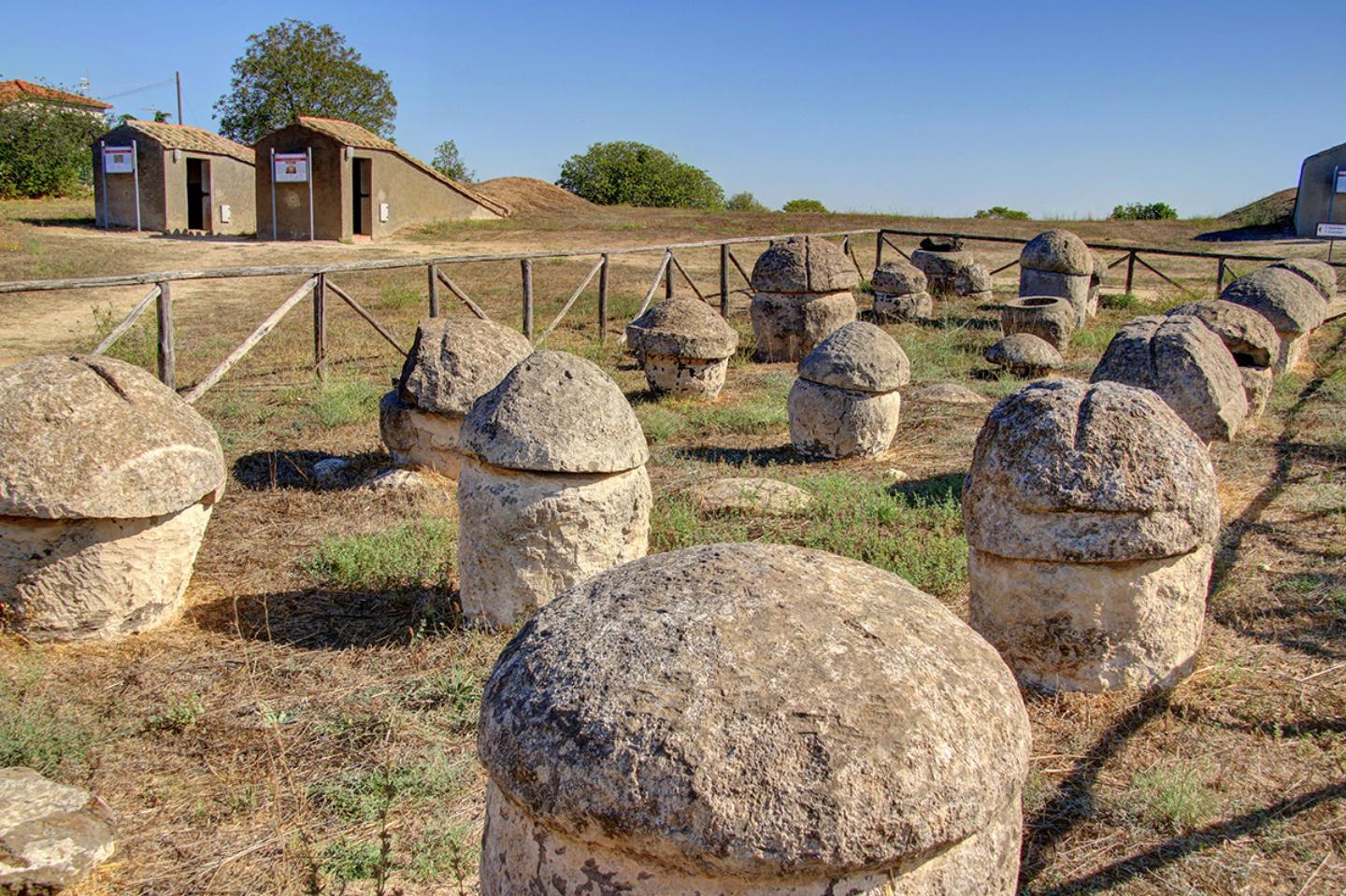 The Etruscan Necropolis of Monterozzi – Tarquinia

A few kilometers away from the border with Tuscany, is Tarquinia, in the province of Viterbo. Tarquinia is a beautiful city located in the Maremma district belonging to Lazio region. being an extraordinary tourist destination from a historical, artistic and landscape point of view, as it offers numerous monuments and testimonies dating back in particular to the Etruscan era and its strategic position is perfect to enjoy a wonderful view of the Tyrrhenian Sea. The Via Aurelia road connects Capalbio to Tarquinia, which can be reached in just 40 minutes by car.

The most symbolic and characteristic element of Tarquinia is undoubtedly the Etruscan Necropolis of Monterozzi, an archaeological site of exceptional interest, declared a World Heritage Site by UNESCO in 2004 together with the nearby Etruscan Necropolis of Cerveteri. It is a vast complex of burial chambers carved into the rock and surmounted by mounds dating back to the 7th century. The site includes 6000 tombs and is best known for the 200 tombs painted with frescoes representing the largest pictorial nucleus that came to us from Etruscan art, as well as the extensive documentation of all ancient painting before the Roman age. 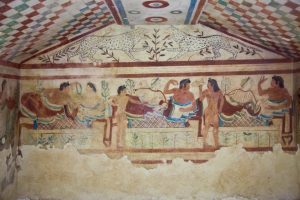 Among the most fascinating tombs you will find that of the Lionesses, which consists of a small room inside representing birds and dolphins jumping around scenes of life of the Etruscan aristocracy. Other very famous tombs are: Tomb of the Warrior, Tomb of the Fiorellini, Tomb of the Baccanti, Tomb of the Ogre and Tomb of the Shields, whose magical-religious representations had not only the function of reviving his earthly life, but also that of making relatives still alive forget the pain of loss.

The Tomb of the Hunter represents a real hunting pavilion thanks to its wooden support structure; while the Tomb of Hunting and Fishing consists of two chambers: in the first there is a representation of a Dionysian dance in a sacred forest and in the second a hunting and fishing scene is represented along with portraits of the owners of the tomb.

Some paintings have been removed from the tombs to be preserved and best kept at the National Etruscan Museum of Tarquinia located in the historic center of the town. Currently this important archaeological site is administered by the Superintendence of Archaeology, Fine Arts and Landscape for the metropolitan area of Rome and is managed by the “Necropolis of Tarquinia” organization which also organizes paid guided tours, with tax breaks for everyone.