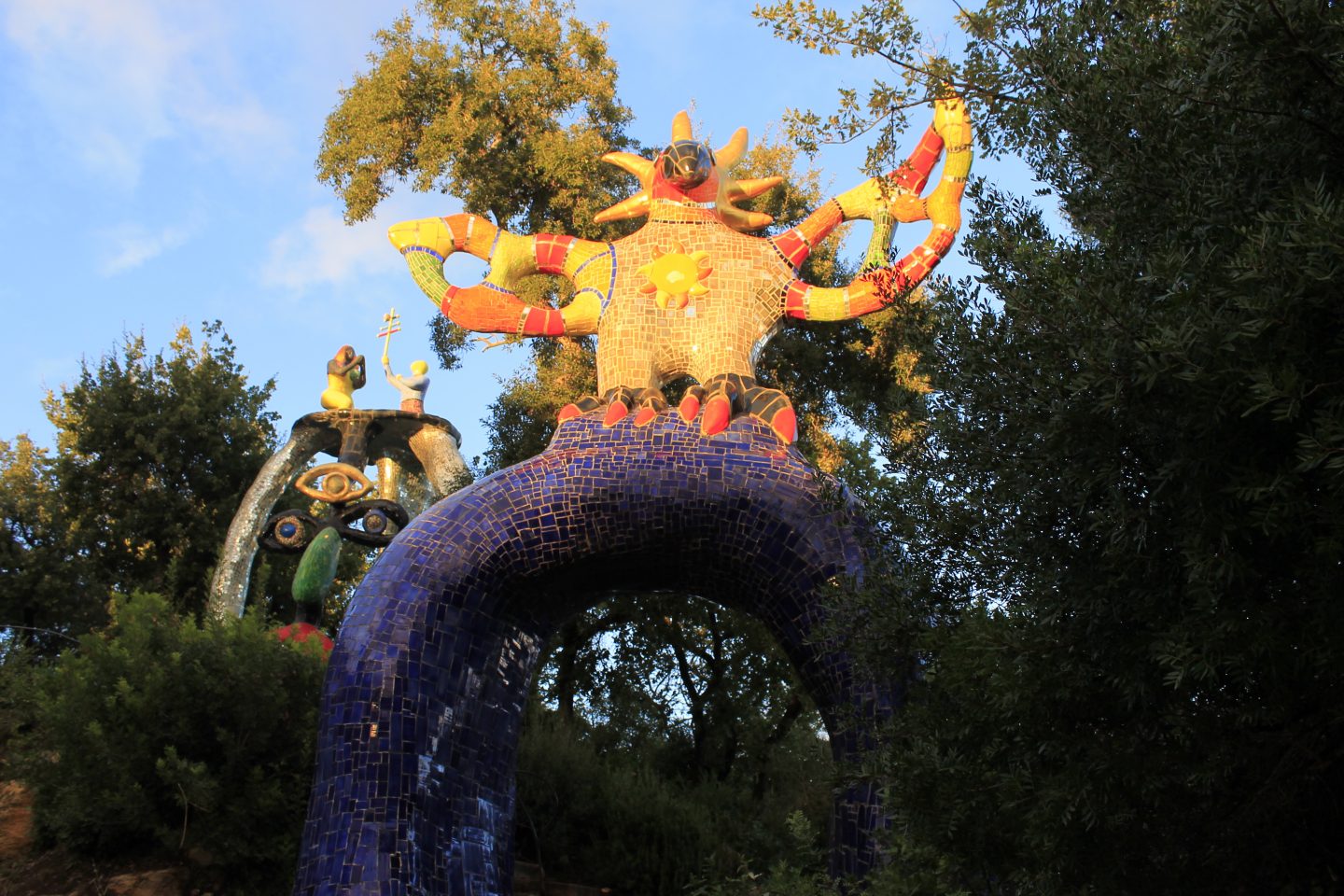 The Tarot Garden in Capalbio

The Tarot Garden is an extraordinary work of art located in the municipality of Capalbio. It is the result of the long dedication of the artist Niki de Saint – Phalle: a woman, an artist and the sole financer of this majestic work.

During a trip to Spain in 1955, the artist was fascinated by the work of the Catalan architect Gaudì: it was the Parc Güell that strongly influenced the decision to build her own garden.

The Tarot Garden is a true spiritual path, allowing people to immerse themselves in a magical world in the midst of nature. A wall and a tuff entrance door, designed by the architect Mario Botta, will separate the magic from the truth. Once crossed this symbolic “threshold”, inside it is possible to find statues up to 15 meters high representing the twenty-two major arcana, made of various materials including steel and concrete covered with glass, mirrors and colored ceramics.

At the beginning of the path there are the Popess and the Magician (Bagatto), the first two arcana tarot cards. From the square several routes start and the concrete of the streets is engraved with thoughts, quotes, drawings and messages of hope left by Niki herself. Continuing on, after the Sun and the Popess, you will meet the Tree of Life (or the Hanged Man), outlined by colored threads at the center of an oval surrounded by mirrors: the Tree of Life houses the figure of the Hanged Man, inviting us to look at the reality of things from a different point of view. 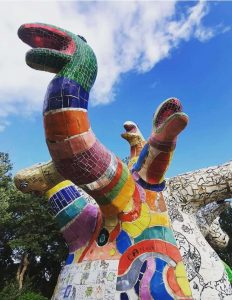 stands out the figure of Justice, contrasting with its black and white. Majestic is the Emperor’s Castle, a miniature imperial city with a loggia of twenty-two columns (equal to the number of arcana). The figure of the Emperor is the one Niki de Saint – Phalle worked the most, returning to it several times and it seems to be the one that most inherited Gaudì’s teaching. Another representative figure is that of the Empress, placed in a dominant position over the entire park: the artist lived inside it during the various steps of the work. Finally, the eleventh arcane is the Force, represented by a woman holding a dragon in check.

These are just some of the treasures that it is possible to discover with your own eyes, exploring every corner of the Tarot Garden: we also invite you to touch the statues to discover the reliefs of the different materials used.