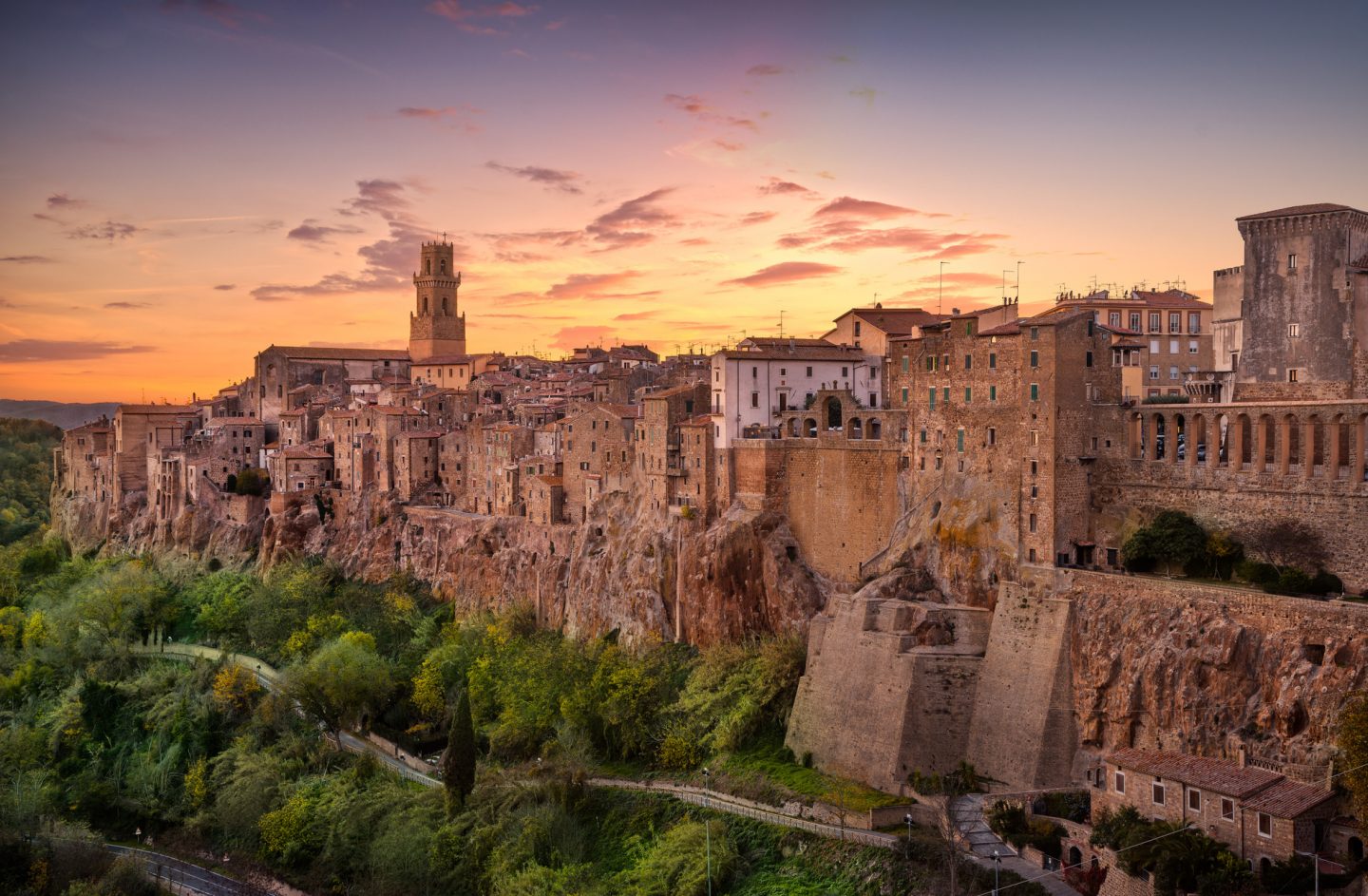 Pitigliano: between legend and beauty of the “Little Jerusalem”

A real gem of the southern Maremma is Pitigliano, a beautiful town located in the province of Grosseto. Pitigliano is perched on a tuff promontory and surrounded by the lush Mediterranean scrub crossed by the Lente and Meleta rivers. The most unique and rare beauty of this place is made above all by its very particular urban conformation: the village develops vertically on the rock, plunging overhanging into the wild environment below. Pitigliano is only a 50-minute drive from Capalbio, during which you can stop at the belvedere located in front of the Sanctuary of the Madonna delle Grazie to admire the enchanting Tuscan village in all its splendor. At night, the atmosphere becomes even more evocative and spectacular because the city carved in the tuff is illuminated only by the white moonlight and seems to be suspended in a void.

According to an ancient legend Pitigliano was founded in Roman times by two young men named Petilio and Celiano. The union of their names gave life to Petiliano, the first community in this territory. The numerous historical testimonies found in this area tell us that it was inhabited since the Neolithic times, but the civilization that has left the greatest traces of their existence is undoubtedly the Etruscan one. Other important dominations that have left their mark in the town are that of the Aldobrandeschi family and that of the Orsini family. During the hegemony of the Medici and their heirs Lorraine, Pitigliano hosted a large and important Jewish community, thanks to which the village is also known as “Little Jerusalem”. The Jewish quarter is dominated by the impressive Synagogue, where you can see numerous chandeliers hanging from the highly decorated ceiling. You will also admire some places dedicated to Jewish culture such as the kosher butcher shop, the cellar and an oven where kosher wine and typical unleavened bread were produced. 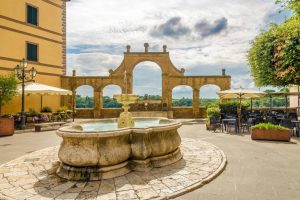 Today Pitigliano is a real jewel of art, history and culture: the entrance arch to the town, known as “La Porta”, is flanked by the ancient Medici aqueduct built between 1636 and 1639. Inside the historic center you can admire the monumental Fountain of the “Sette Cannelle” dating back to 1545 and the Palazzo Orsini, one of the main places of interest of the city that today houses the Archaeological Museum, the Museum of Palazzo Orsini, the Diocesan Archive and the Library. Among the religious building’s worth visiting you will find the Cathedral of Saints Peter and Paul and the church of Santa Maria and San Rocco, small but very charming and suggestive.