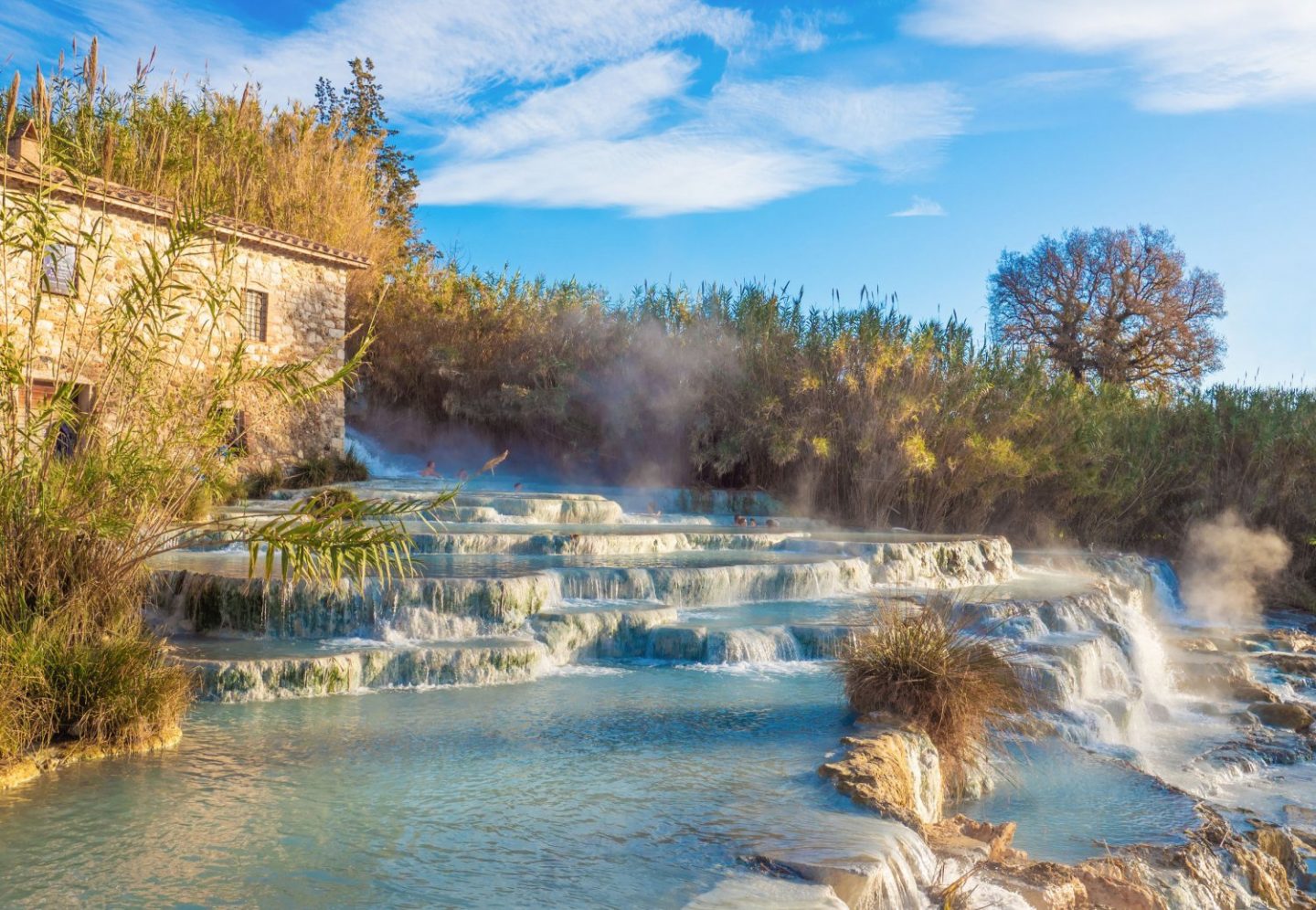 Just 45 km away from Capalbio you will find Saturnia, an ancient and very suggestive village founded in the Etruscan era.

Saturnia has been dominated by several noble families, of considerable importance for the political, economic and social history of Maremma such as the Aldobrandeschi and the Orsini, thanks to whom today the city has a very rich and varied historical and artistic heritage that is absolutely worth visiting.

The city is known all over the world for the Cascate del Mulino (Mill Falls), a natural complex whose origin derives from a very ancient legend: in fact, it is said that the God Saturn, angry with men constantly at war with each other, decided to launch a lightning bolt on the earth, which by sticking in the limestone soil of Saturnia, originating a crater from which hot water, dense with steam, began to flow, calming the angry men.

The true origin of the Cascate del Mulino, however, is linked to the sulphurous waters of the Saturnia Thermal Baths, which have given rise to a thermal stream called Gorello, which flows inside a characteristic reed bed where it is possible to take a regenerating bath.

The waters of Saturnia are famous for their beneficial and curative properties: they are indicated in the treatment of dermatological, respiratory and motor problems thanks to their temperature of 37.5°. Before reaching the “cascatelle” (so called by locals), the waters travel along a very long underground tunnel that starts from Mount Amiata, during which they are enriched with precious gases and minerals and a particular element, the Thermal Plankton, which has beneficial effects both on the skin and on the digestive, circulatory and motor systems.

The Mill Falls are free hot springs, this peculiarity makes them a real treasure at no cost as they are open day and night, without time restrictions. A night bath is really an experience not to be missed! You will be accompanied only by the relaxing sound of the flowing water and the pale moonlight above your heads. Being a free, wild and uncontaminated landscape, near the waterfalls there is just a car park, also free, and a small refreshment point. For this reason, car is the best means of transport to reach this magical location.